Of all the Linux distributions out there, perhaps none is more memed than Arch Linux. Arch is billed as a lightweight and customizable distro that tries to abide by the KISS philosophy.1 Some of its most compelling offerings are the high quality wiki, which is applicable for users of every distro, and the AUR, a large collection of build scripts for software outside the official package repositories.

Installation of Arch is sometimes considered difficult, because it requires more involvment from the user than other distros. But in reality, anyone can install it by following the well-written installation guide. Our club decided to install it together in order to learn more about the steps of the process that more traditional installers do on the user’s behalf.

We used Quickemu, a wrapper around QEMU, to easily spin up a virtual machine for an Arch install. Then we proceeded through the installation steps, which included connecting to the internet, updating the system clock, creating and formatting and mounting partitions, and using the pacstrap utility to install the base set of packages. After some more configuration, setting our root password, and choosing our bootloader, we managed to install Xorg to get a minimal graphical interface. From here we could install a desktop environment or a more complete window manager than the default one, but that can be a task for a future meeting. 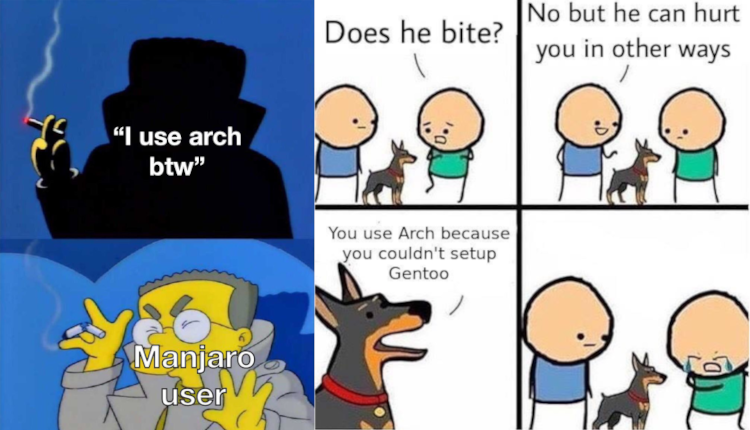