One major focus among users of Linux (and other Unix-like operating systems) is the customization of their workflow and visual environment, often referred to as “ricing.” Our members met this week to show off and compare their rices, and eat some delicous fried rice!

We had a vast range of setups, such as GNOME desktops tweaked with extensions, minimal window managers like i3wm and bspwm, and of course an emacs configuration that can somehow do everything. We also had a macOS rice built on top of yabai! Applications displayed included neofetch, asciiquarium, and pipes.sh. One of our members even wrote a dynamic wallpaper setter, a useful tool for ricers.

Click on some of our members’ screenshots below for inspiration for your own rice! 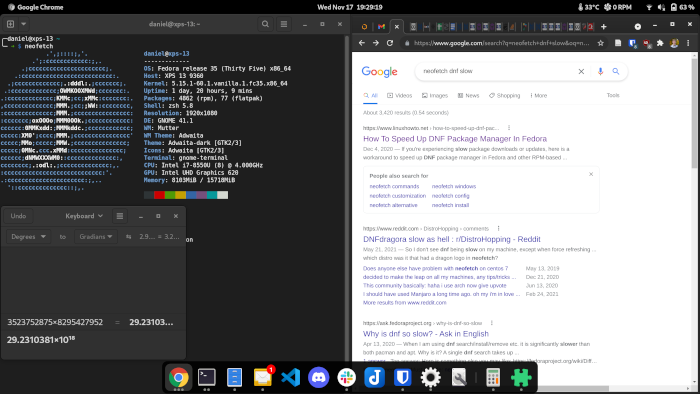 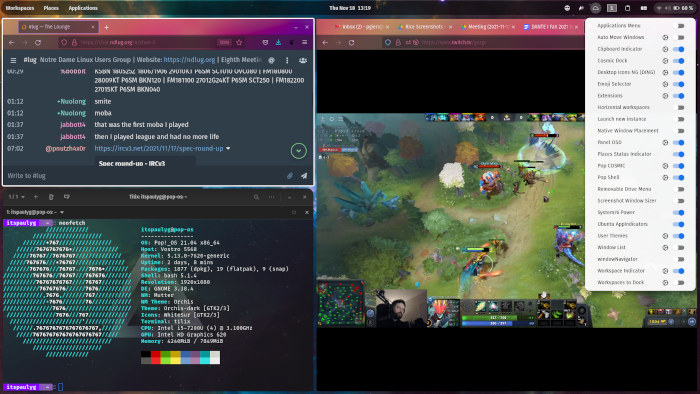 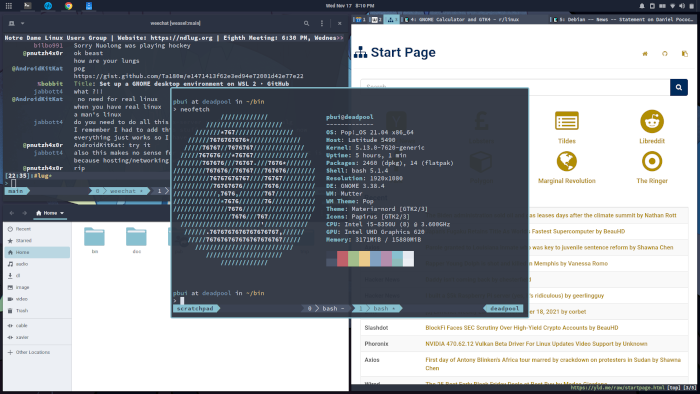 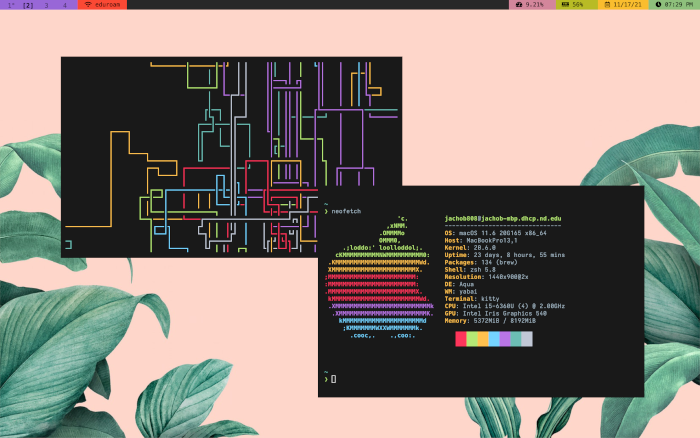 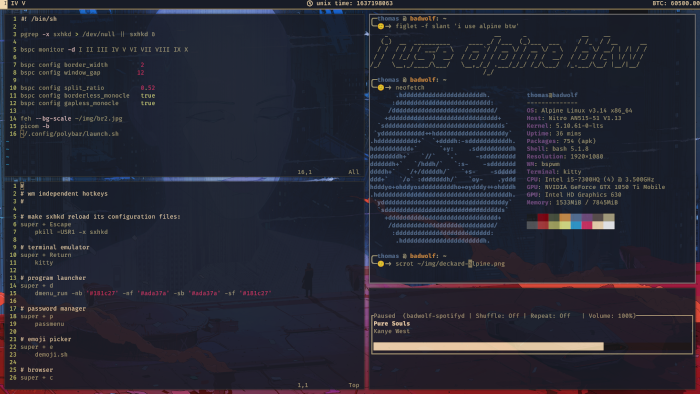 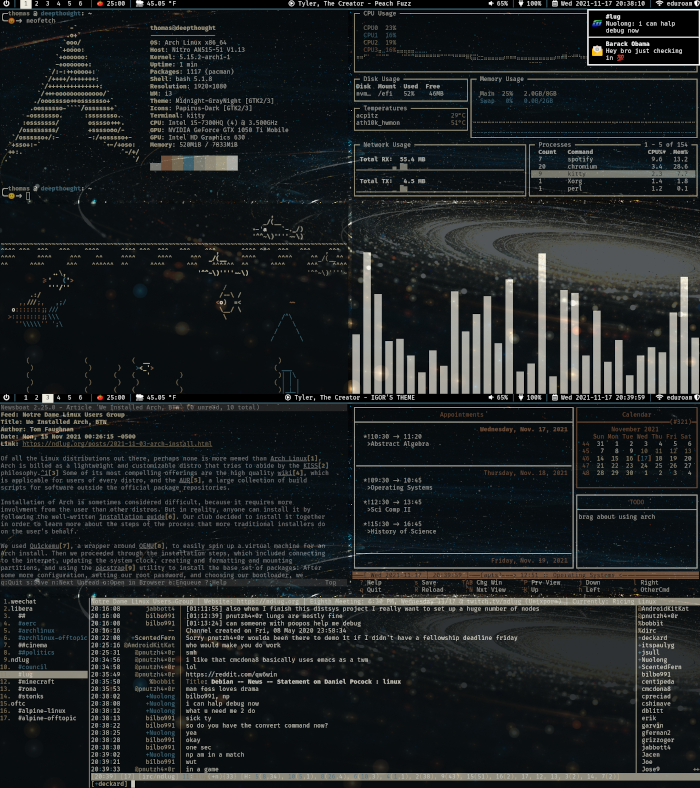